After work I saw a big cloud of black smoke and followed it to this house, near Clark’s Park. I took a few photos with my little point-and-shoot camera…wish I had my SLR, but my little camera does alright. I talked with a few people who had been there right after it started. I guess there were a few people in the basement working out, and some people that saw the fire had to go in and tell them to get out of the house. One lady said said it seemed to start on the back patio, near a BBQ.

I hope everything works out OK for the people who own the house, but it didn’t look like the house was going to be saved.

The smoke was so thick at times that tears were running down my face. After coming home, I had black splotches on my arms, clothes, face and car from the ash. I showered, but my room still smells like campfire from the clothes I was wearing. 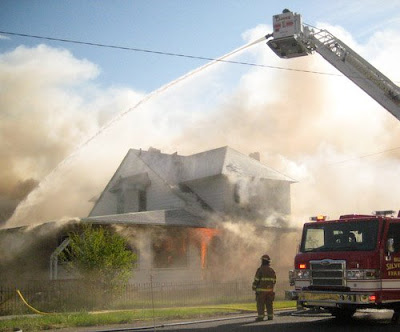 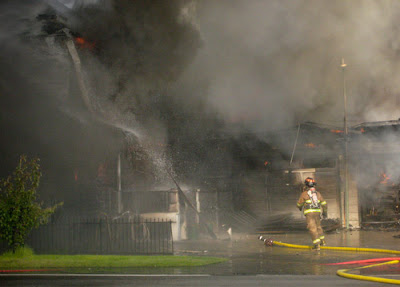