The Chinese New Years Parade in Butte is known as the shortest and loudest parade around. About 400 people (give or take) walked the streets of uptown Butte from the Courthouse to the Mai Wah Museum on Mercury Street. There were people banging pots and pans, a dragon and packages of fire crackers being lit off randomly on the streets.

At the end the Mai Wah lit off almost 50,000 fire crackers, so you can see why the two girls in the photo have their ears covered. 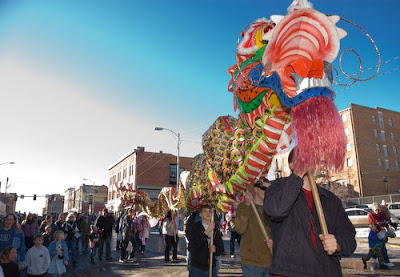