So Far I’ve sold photos at three Farmers Markets and attended another one. I’ve never seen the amount of people at them as compared to during the Folk Festival. I’m sure the vendors (including myself) did well.

The first man was smoking a cigarette between songs on the corner of Park and Main Streets, in front of the Party Palace.

The second photo is of a lady with a white umbrella. I couldn’t resist taking photos of this woman. The umbrella, her curly locks and innocent face remind me of how it may have been in the early 1900’s. 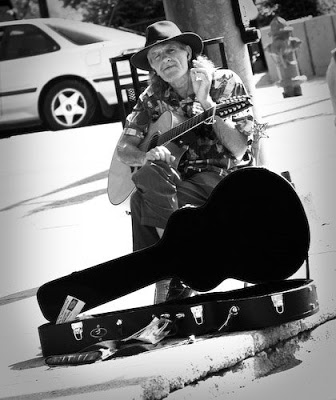