So, today’s post is a bit different….. I’m showing demolished posts…..That is, photos that can no longer be taken. Don’t get me wrong, many photos can’t ever be taken again. A persons smile might never occur JUST like it did in a specific photo…but those aren’t the photos I’m talking about. I’m talking about PLACES.

Places that will never be the same again, or are no long with us (wow, this sounds like a funeral, doesn’t it.). Some of them have burned down, some have been torn down, and some have just had funky destruction that has revealed interesting details.

These photos are places that just can’t be photographed the same, and I’ll explain why next to each of them.

OK, this doesn’t REALLY count…..This is what my studio USED to look like, before it was remodeled!

The Cora Air Plenum. It was ripped down to “clean up” around the Bell Diamond Mine and Granite Mountain Memorial….I took one of these photos literally like two days before it was ripped down. I had no idea it was going to happen, I just picked up the newspaper and saw a photo of it being bulldozed over. There was a lot of history there. What can you do.

This alley house was one of the few left.

Last summer there was a bunch of smooshed cars next to the Depot. They magically disappeared this fall! I heard it was the Cash-For-Clunkers vehicles, but that was only a rumor.

Moscow, Idaho grain mill. It was ripped down my senior year in college, 2007.

Copper King Saloon, the stairs have been painted over. 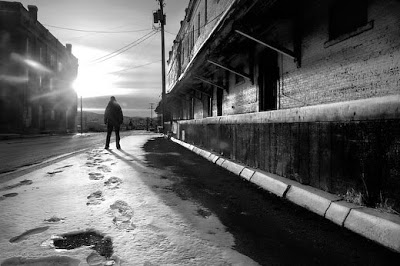 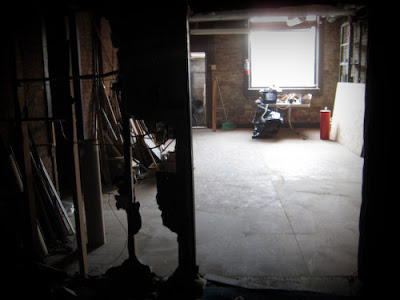 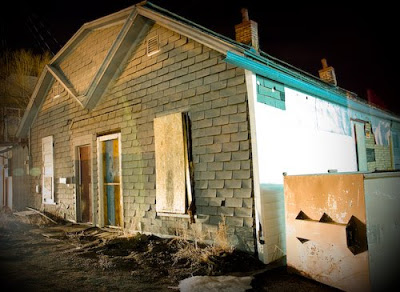 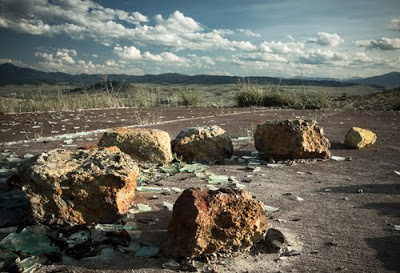 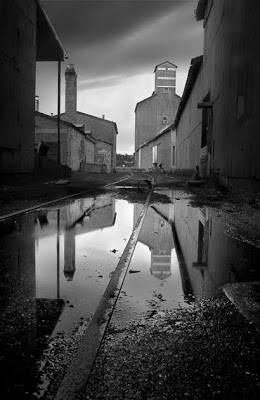 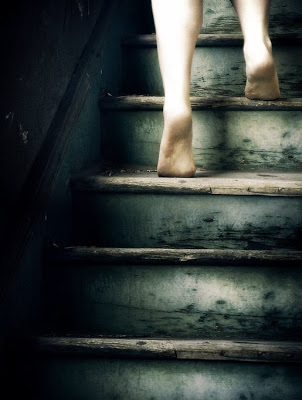