I think we can all agree that we dislike below zero and barely above zero weather. But along with the cold comes the wonderful snow!

I would be lying if I told you I randomly came upon this. Now THAT would have been really something. After a kid photo shoot I bribed the 4-year-old into braving the snow outside. After I made him dive into the snow to make the snow angel I took away all of his cuddly-warm gear. I know, I am cruel aren’t I.

But he had a great time, just check out the second photo, and don’t forget to stop by during the Christmas Stroll for snow fight photos photos, Butte photos specials and refreshments. 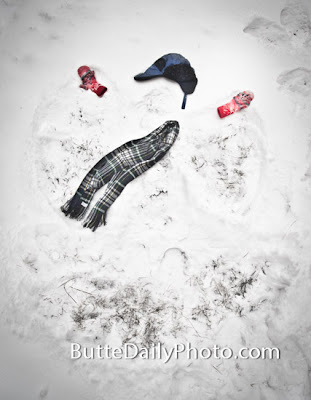