Photos of The Original Than & Now:

(You can see the original post from 2008 at this link)

10 years ago their were holes in the side of the hoist house, which I actually found very intriguing and charming.

For whatever reason natural urban decay fascinates me.

So last year vs. this year of the SAME scene, is, well, rather disappointing to me photography wise.

(More interesting photos below though).

As MUCH as I complain about losing the cool urban decay charm, it’s obviously better for the community to have an awesome venue while ALSO keeping the historic aspects, vs leaving the urban decay just more photography preferences 🙂

Overall the goal of this “10 years ago recreation” project (name could use some work) isn’t just to recreate, but to go back, and photograph differently.

Since I was outside the fence and the gates were locked, there wasn’t a TON I could do.

And, honestly, part of the fence looks a bit like a prison…maybe because it’s at the end of the road behind the prison or is it technically a jail?

No, I didn’t trespass.

So I drove around, saw a TON of sunflowers in the field, and kept driving around to hopefully get a good angle.

There was no way to get close to the flowers.

So instead, I got close to a lock, post, and barbed wire.

More my style any ways, if I do say so myself. 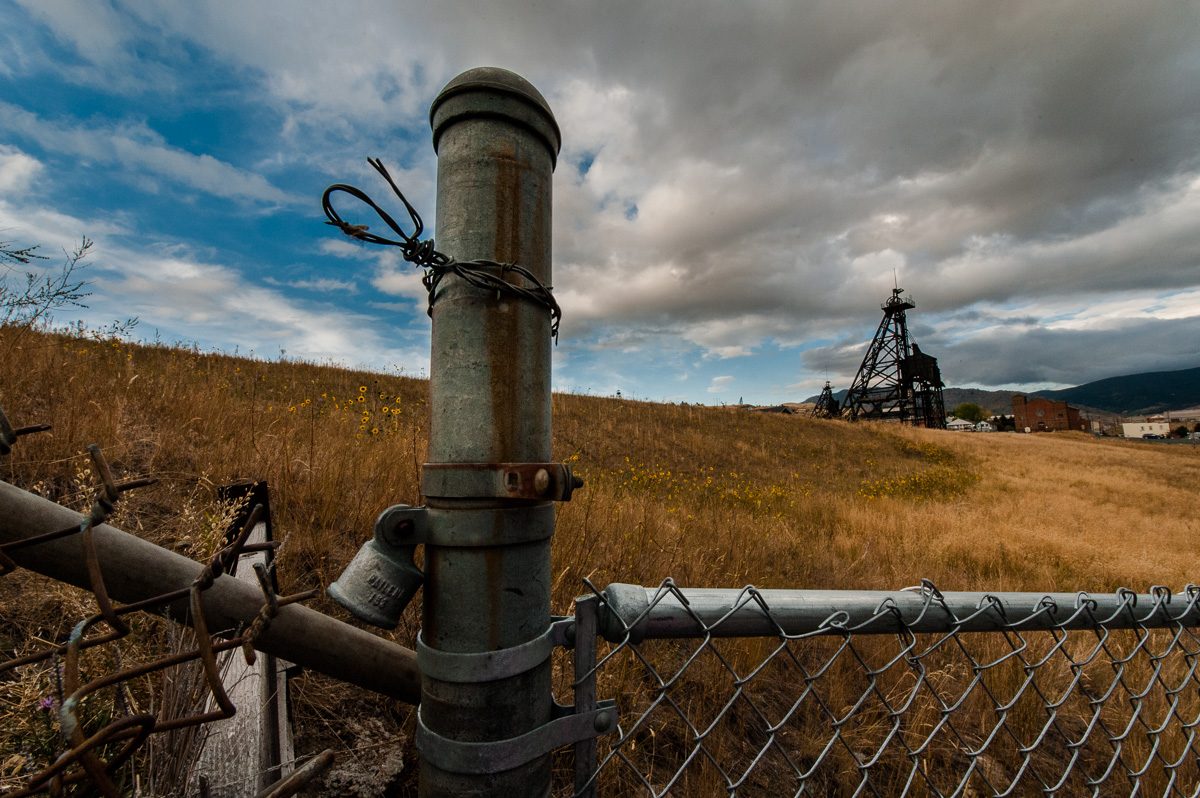 A few more just for fun: