***NOTE: This is a project where I’m going back to the original photos from 2008, and re-photographing the same thing or scene.***

The sign I photographed in 2008 is no loner on the side of the Vogue Cleaner’s building (you can see the post here). However, the screen door is still open at the top left in the same manner (kind of funny), and the building is still for sale 10 years later.

But that’s ok – today’s photo was of the front sing, the one most people will recognize. And the golden light was hitting it just right.

Vogue Cleaners There’s Only One Leader! 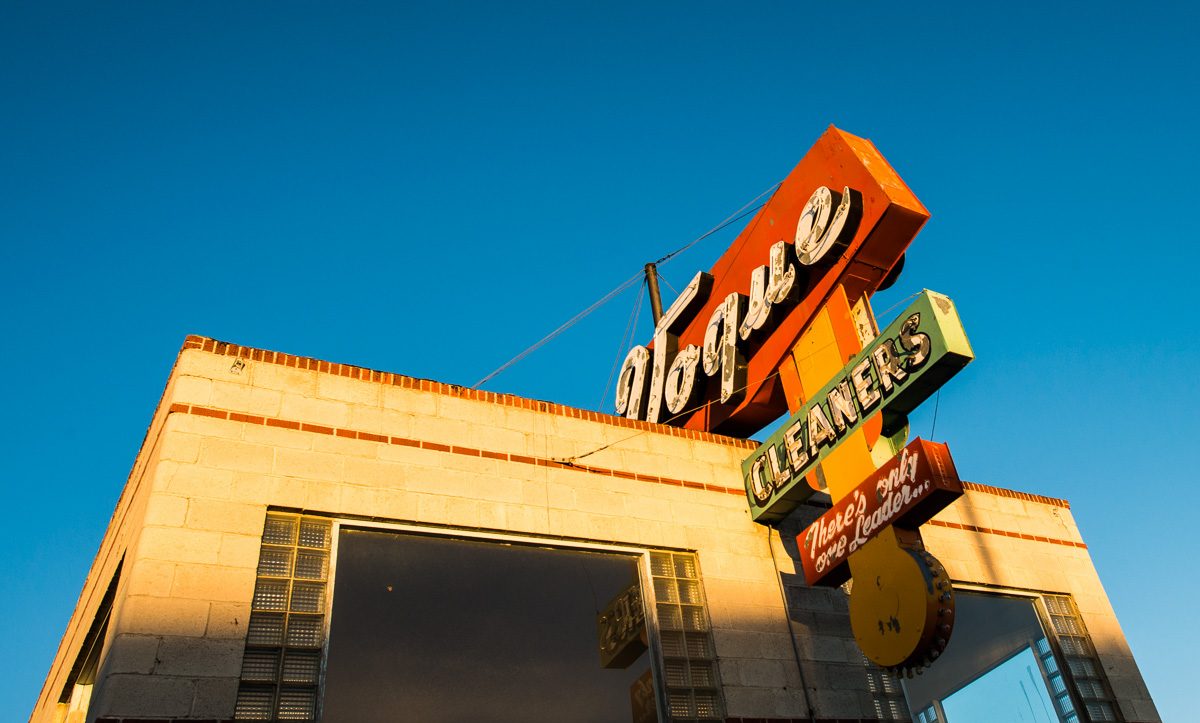 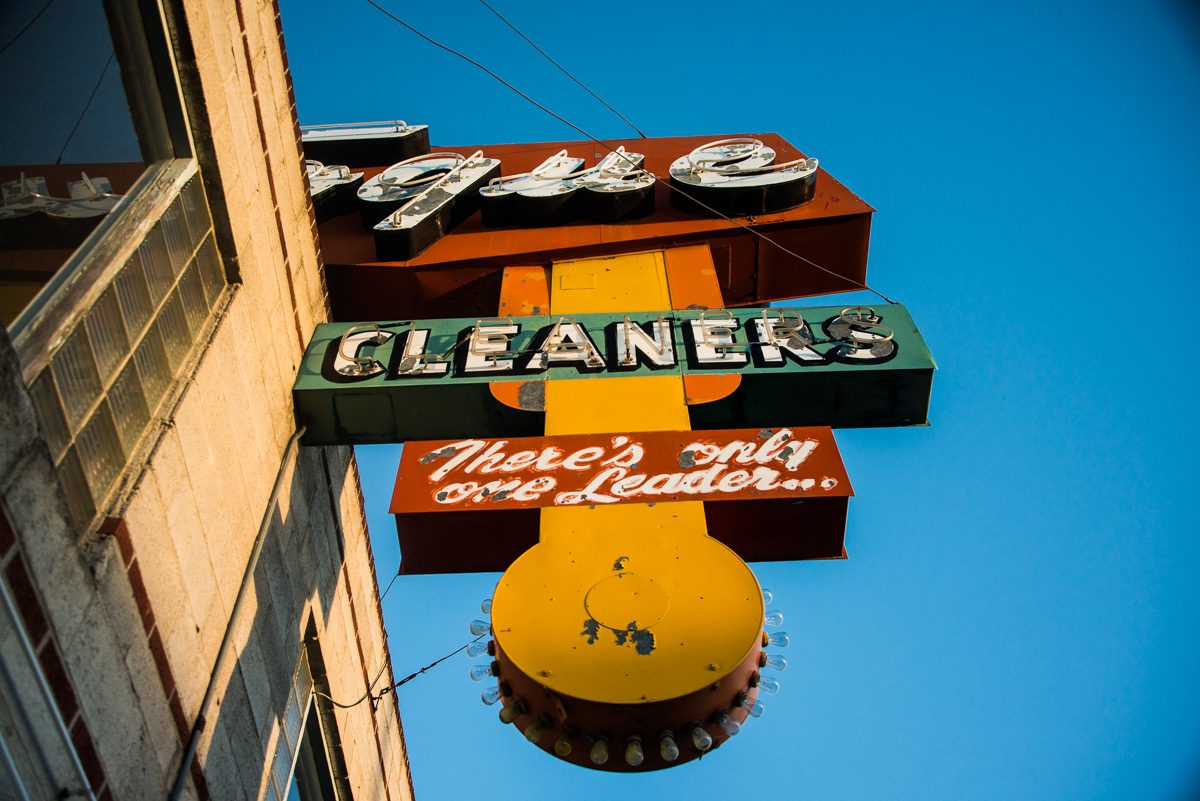 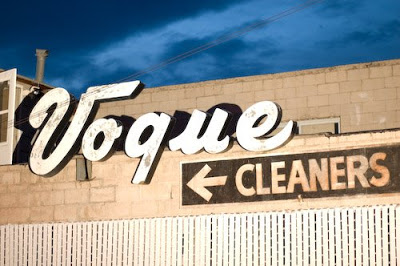 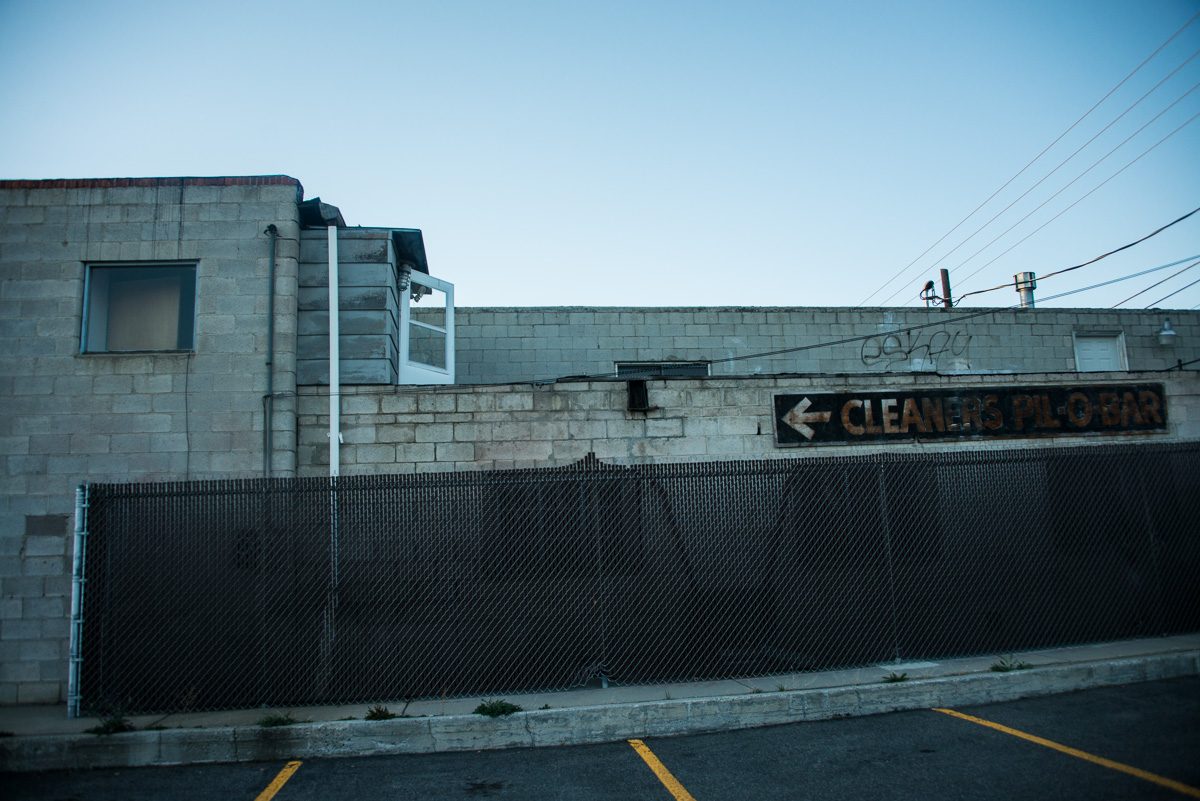